Due to Corona Virus, The Belles will not be appearing in public for a short time.

However, you can find them at various online events. 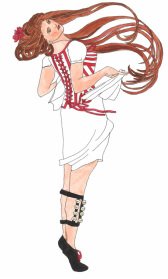 We are available for performances and workshops at public and private events throughout the year. If your event could use a bit of Morris energy give us a call on 07835 784 730 (Rachel) or e-mail us at bellesoflondoncity@gmail.com

Wednesday, 1 May: May Day Tour with New Esperance

Saturday, 11 May: Askew Road May Madness

16th September - King's Place Festival including Folk in a Box

7th May 2012 - Museum of London May Day Celebration

30th October 2010 - Guests of Shirley Collins at "A Most Sunshiny Day" at Cecil Sharp House, London

27th June 2010 - Guests of Cut A Shine, The Hub at Shangri-La, Glastonbury Festival